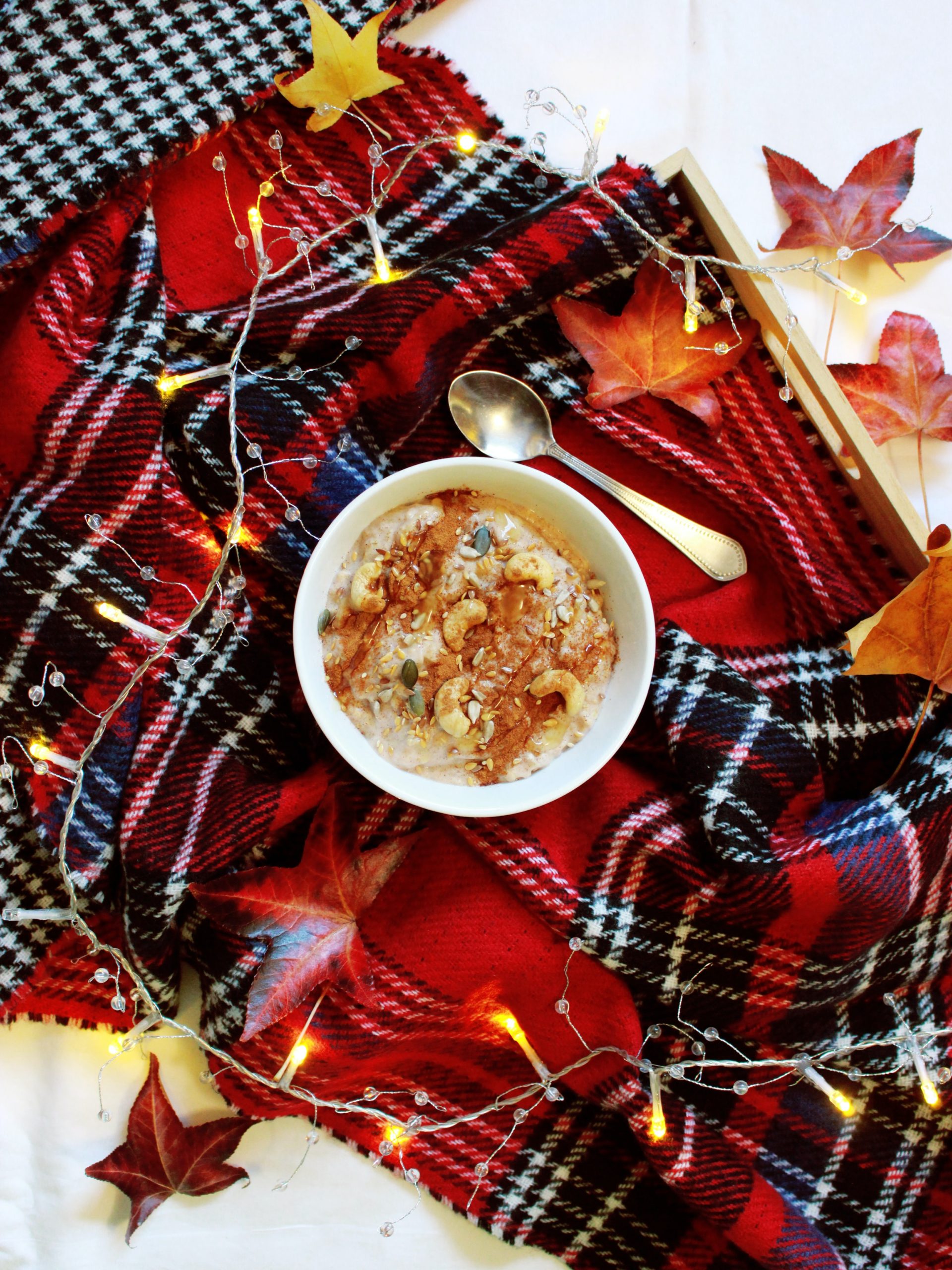 Ten ways to pimp your porridge.

Porridge: what’s not to love about this wonderfully easy, satisfying, dish? Well, and I hate to admit this, sometimes it can get a little…boring. Rather than being drawn to other, less health-supportive, options, maybe it’s time to zhuzh it up. Here’s a few ideas to try.

Keep the basics, add an accessory:

Porridge can be thought of as the food equivalent of the ‘little black dress’: simple, classic and, with some thought to accessories, capable of being dressed up to suit a variety of occasions. Here, the addition of a few delicious toppings can tempt the tastebuds and reignite our passion for porridge:

There, I said it: let’s play with perfection. Here’s another idea for the basic recipe mix:

Find a clean, airtight storage pot (a Kilner-type preserving jar, or a Lock’n’Lock/Sistema/Tupperware-type pot, whatever you have to hand). Into a large bowl, mix together the four dry ingredients. Put the mixture into the storage jar and keep until it’s Porridge Time. Simply use this blend instead of all rolled oats. You might be amazed at the difference made simply by adding in the extra elements (for me, it makes porridge a slower burn, more satisfying, option)

And finally, coming in at number 10 on the list is another tweak to the basic recipe: banana cacao porridge.

This tweak comes in at cooking rather than eating stage.

Decide which grain is going into your basic porridge (all rolled oats, or maybe the four grain combo above). Put the grain into the pan and add about three-quarters of a mushed banana and 1-2 tsp of cacao together with your milk/mylk of choice. Cook as usual. Serve topped with slices of the remaining banana and whatever sweetener you prefer.

And there we have it: ten ways to elevate porridge from “a bit boring” to “oh my, that’s delicious” loveliness. Which is your favourite? Let me know…

I am not a medical doctor or chartered psychologist. Opinions and guidance on this website and in any of the resources are not intended to replace the services of medically trained professionals. If you have any health issues, including Eating Disorders, please speak to your GP before working with me.